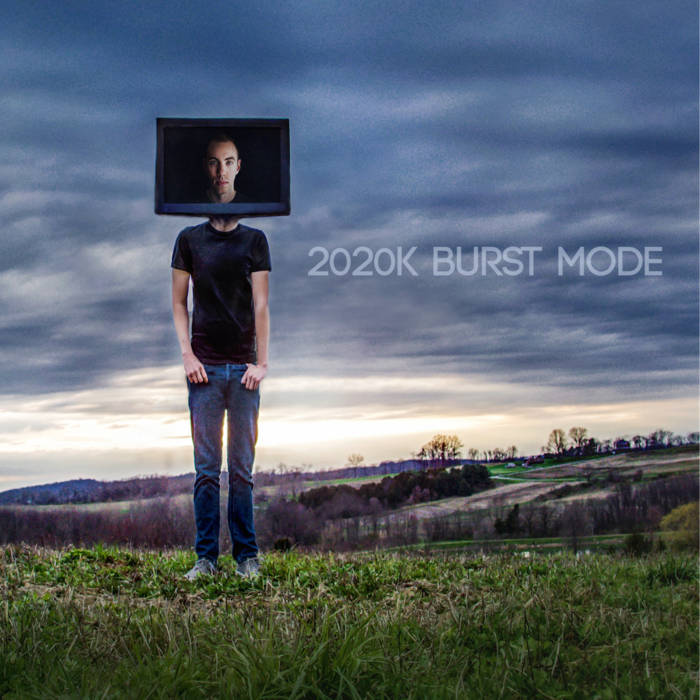 The record explores how technology has shaped and separated lines of communication. It offers a layered commentary on the evolving nature of relationships. “Heaven” delivers a manic onslaught of unrequited text messages, while its lead single and title track “Burst Mode” intensely zooms in on the plethora of issues the internet has been called out for – from bullying, to over-beautifying selfies, and more.

Burst Mode is mastered by Christopher Leary (Ochre) and includes tracks co-produced by Sparkwood Records recording artist Scyye and underground Electronic musician Kinesthetiac. The LP is currently available in standard digital and CD form and has been re-released as a digital deluxe edition in late December 2019, complete with two title track remixes – one by Pittsburgh, PA’s darkwave musician Doors in the Labyrinth; the other remix by Minneapolis, MN’s Wet Eyes.

A Liz B. directed music video for “Burst Mode” is currently available on YouTube and Vimeo.

2020k is the stage name of RJ Kozain. He is available for press, bookings, interviews, and all professional inquiries via 2020kmgmt@gmail.com.

Digital Deluxe edition of this record is currently exclusive to Bandcamp.com and features two additional remixes of Burst Mode.

www.twenty20k.com for up to date info, management, booking, and all inquiries.

Bandcamp Daily  your guide to the world of Bandcamp

Featured sounds by K.Spark and WIZDUMB, plus Basi joins the show to discuss his latest release.